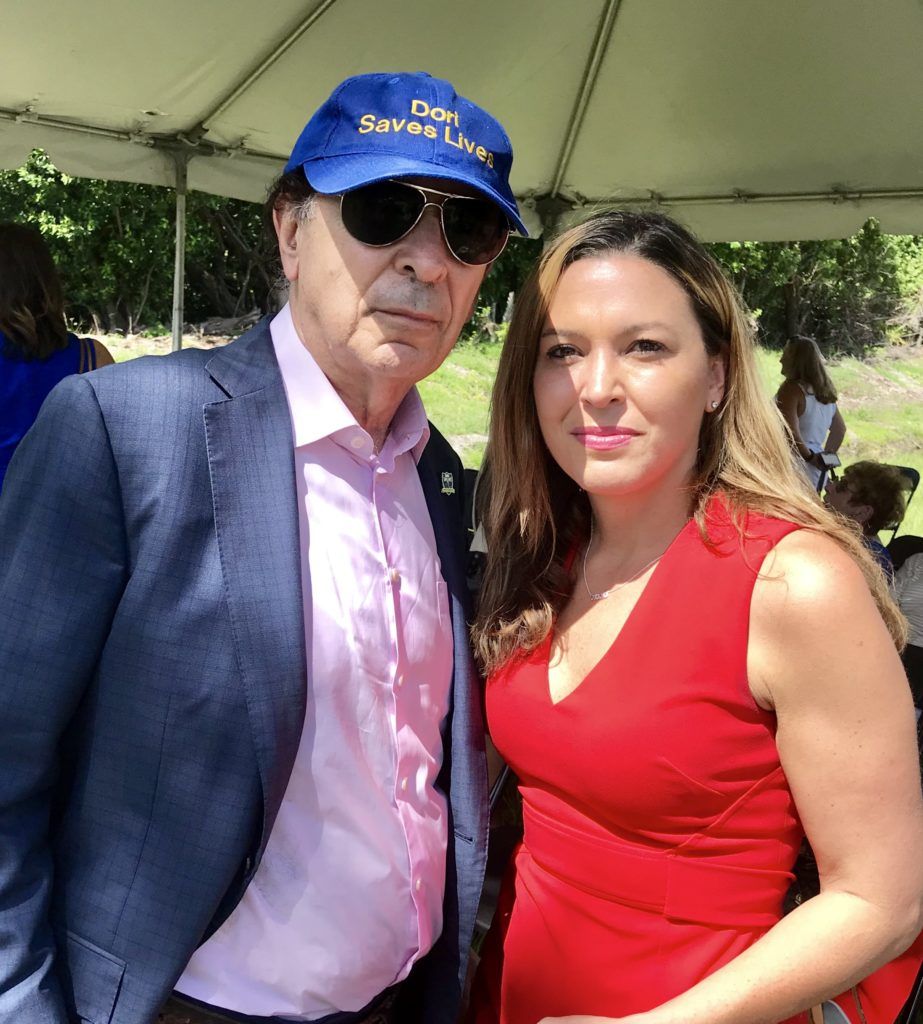 Florida’s ‘no texting while driving’ law went into effect July 1. That means police can pull over offending drivers and issue tickets that come with points.

The ban is aimed at preventing crashes and improving road safety. But it’s more personal for State Rep. Emily Slosberg and her father, Irv Slosberg. They called it a long hard fight.

Palm Beach County Sheriff’s deputies and paramedics, elected officials and survivor families filled an open tent next to the memorial.

Crosses and a Jewish star mark where five teens died in a crash on Palmetto Park Road 23 years ago. Her twin and his daughter Dori were among them, ejected from a speeding car. “We didn’t spend one day apart. We dedicate this to Dori,” said Emily Slosberg, who survived.

They formed the Dori Saves Lives Foundation. A former state rep, Irv is the CEO.

“Emily worked tirelessly to get this done. Florida will become a safer state,” he said, adding he tried to pass it for 13 years.

“I introduced this every year,” when she was a state senator, Maria Sachs told the crowd. “It took the Slosberg machine to make this a law.

State Rep. Joe Casello credited Emily for her willingness to work across the aisle.

Among the speakers was Delpha Samuels, Mrs. Florida International. Her brother was killed in a car crash because of a distracted driver. “Emily gave me the opportunity to share my story,” she said.

She credited the Dori foundation for designing and putting signs up at all the school pickup sites. “Thank you for not giving up,” she told the Slosbergs.