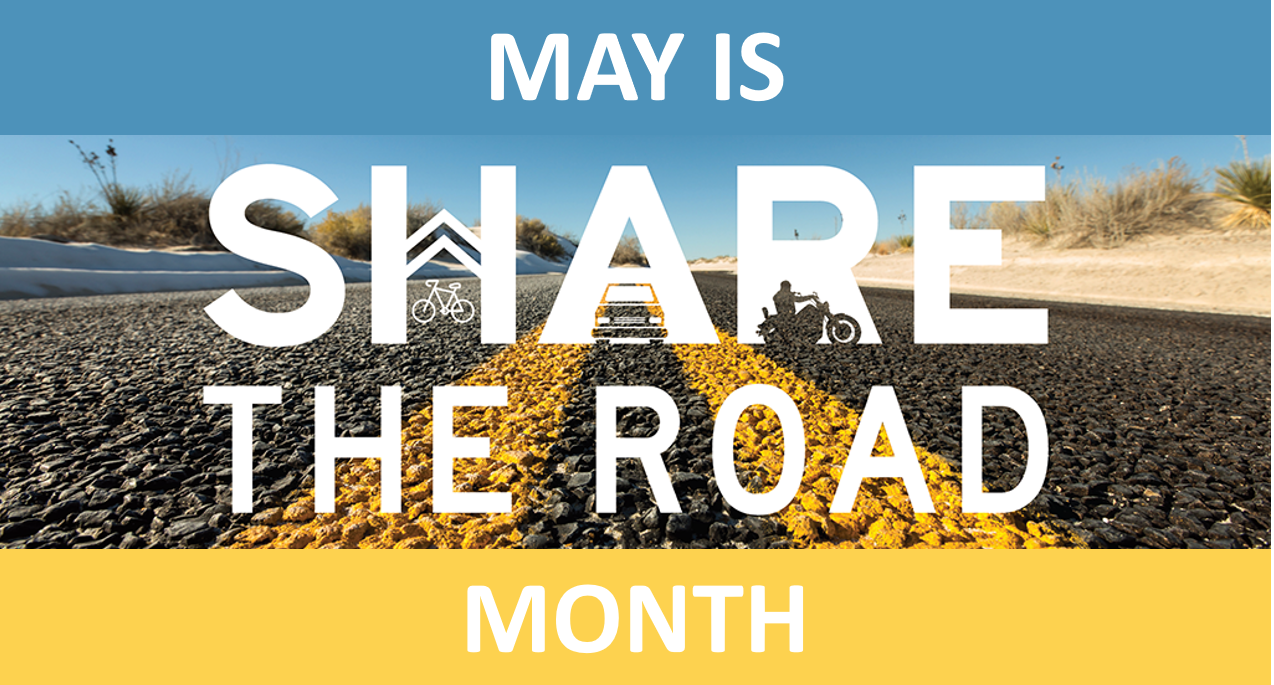 May is Motorcycle and Bicycle Share the Road Awareness Month

“We are almost never on the road alone- we share it with vehicles, motorcycles, mopeds, bicycles and pedestrians,” said FLHSMV Executive Director Terry L. Rhodes. “Learn your roles and responsibilities on the road and look out for one another to ensure everyone can Arrive Alive.”

Although bicyclists age 15-19 had the highest number of bicycle crashes out of all the age groups, bicyclists age 50-59 had the highest number of fatalities from bicycle crashes with one-third of bicyclists killed in a crash in 2016. In Florida, a bicycle is legally defined as a vehicle and has all of the privileges, rights and responsibilities on public roads (except for expressways) that a motor vehicle operator does. Motorists and bicyclists should refer to the official Florida Driver License Handbook for more safety tips about operating on roadways.

“Sharing the road responsibly is critical, especially considering the number of police officers who work on bicycles and motorcycles to keep our residents safe,” said Coconut Creek Police Chief Butch Arenal, President of the Florida Police Chiefs Association. “Stay alert, watch for these vehicles and help us keep Florida’s roads and highways safer for all users.”

“Two-wheeled vehicles are some of the most vulnerable on the road, and that means we must be extra vigilant to ensure their safety,” said Ken Armstrong, President and CEO of the Florida Trucking Association. “Knowing the proper way to share the road with bicycles, motorcycles and commercial vehicles needs to be a priority for every motorist on the road. Especially in the trucking industry, where many of our own are motorcycle enthusiasts, this issue is an important one because big blind spots and small vehicles don’t always mix well.”