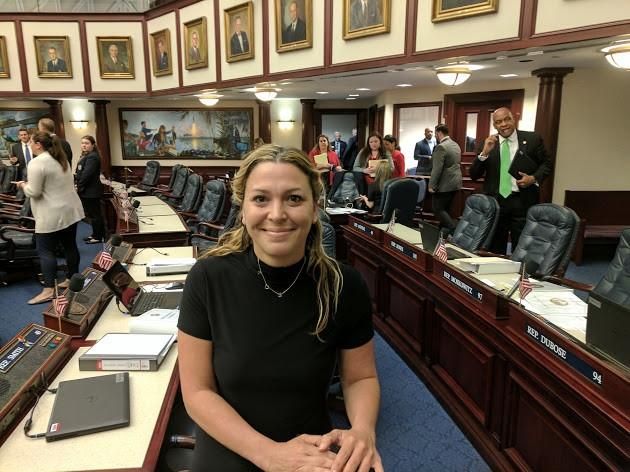 Texting while driving is dangerous, and sometimes fatal.

We’ve known this for years. The grim accident statistics, backed by tragic stories, told us so.

But it wasn’t until this just-ended legislative session, that Florida lawmakers showed the courage and wisdom to do something more substantial about it.

Well, better late than never, we say. Thanks in part to a focused, tenacious effort by state Rep. Emily Slosberg, D-Boca, Florida becomes the 44th state to make texting while driving a primary offense -- meaning that law enforcement can pull over drivers solely for texting.

Gov. Ron DeSantis is expected to sign the bill, which passed both chambers with overwhelming bipartisan support. Not many proposals introduced this session can say that. Then again, not many proposals will have such an immediate and direct impact on the lives of Floridians.

Indeed, it is almost tragic that legislation so simple, and obvious took so long to make its way into law. Texting while driving now becomes a primary, instead of a secondary offense, and drivers are required to go totally “hands-free” when operating wireless communications devices in school zones and in construction zones when workers are present.

Texting while driving already is illegal in Florida but officers only can cite someone for the infraction if that person is pulled over for another offense. The penalty for a first offense would be $30 plus court costs. A second offense within five years would result in a $60 penalty plus court costs and three points on the driver’s license. A crash resulting from texting would result in six points on a driver’s license.

Drivers who rack up a lot of points can have their license suspended.

It’s the crash part that should have us lauding the legislature for getting this far. All one has to do is look out their car window on even given day to see why driving safety advocates for six years had been pushing for this, pointing to a proliferation of crashes stemming from distracted driving.

AAA research shows people who text and drive are eight times more likely to be involved in a crash. The Florida Department of Highway Safety and Motor Vehicles reported more than 51,000 crashes involving distracted drivers statewide last year. The number of traffic fatalities in Florida has topped 3,000 each year since 2016, a statistic some law-enforcement officials say is due in part to distracted driving.

“When driving without seat belts became a primary violation, more people began wearing seat belts,” according to Mark Jenkins, a spokesman for AAA. “We’re hoping as a result of this law, fewer drivers will text.”

Slosberg, a primary bill sponsor, was one of several lawmakers who shared personal crash stories. Her twin sister, Dori, died when the car they both were riding in was involved in a distracted-driving crash.

“It’s what we do after a tragedy that determines whether it remains just a tragedy,” said Slosberg, who helped shepherd the texting bill through the Legislature this year. “And I am certain that I have not let Dori’s death just remain a tragedy. We’re going to save lives by this legislation.”

Lawmakers were right to address some legislators’ concerns about giving police a pretext to stop African-American drivers. In that racial profiling is already an issue in Florida, their legitimate concerns led to a provision in the bill that requires law enforcement officers to report the race of anyone cited for texting while driving. That data can then be analyzed to determine if African-American drivers are being targeted.

The Senate smartly added language for a public-awareness campaign, with warnings being handed out to violators from Oct. 1 through the end of the year, at which time citations would start to be issued. Also, court clerks will be allowed to dismiss a first offense if a driver provides proof that they have purchased “equipment that enables his or her personal wireless communications device to be used in a hands-free manner.”

To be sure, this long-overdue law is not a panacea. Drivers get distracted by everything from a radio to grooming to their kids. The law can unfairly target low-income drivers who have less access to hands-free devices. Law enforcement agencies could fudge racial profiling numbers.

What’s more, as Sen. Wilton Simpson, R-Trilby, rightly says, “Many, many lives will be saved by the texting and driving bill; many more lives would be saved by a hands-free bill.”

We agree. But disregarding yet another opportunity to make Florida drivers safer would have been inexcusable. How many lives have been lost on our roads due to texting in the six years it has taken the legislature to get here?

There is still more work to be done.

Save A Life. Make An Impact. Join The Movement.

There is power in numbers. Join for free. Cement your place in history.

Together; We were a pivotal piece to ensure this legislation passed.

Together; We will continue to battle for road safety.

Together; We will save lives. 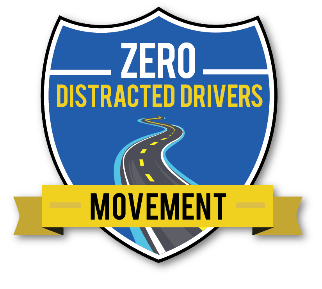