Caution ahead: Ban on texting while driving close to becoming law

The House will now get the bill, and will likely take it up next week. 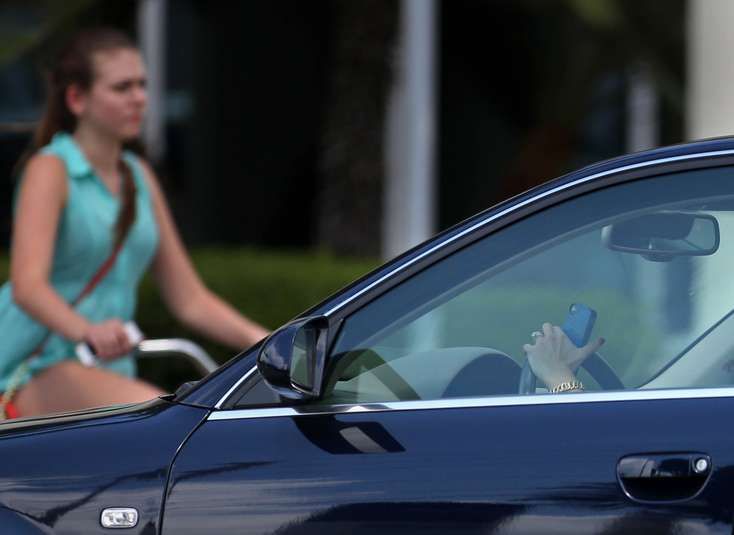 TALLAHASSEE — The Florida Senate on Thursday passed a bill allowing police to stop motorists for texting while driving, bringing it closer than ever to becoming law.

The bill is an apparent compromise with the House, following years of failed efforts to crack down on distracted driving.

Currently, texting while driving is illegal in Florida. But police can’t stop you for it and lawmakers have tried for years to change that.

The Senate bill will now go to the House for review and a vote. But the bill sponsor, Sen. Wilton Simpson, R-Trilby, said he believes the House will accept it.

“Many, many lives will be saved by the texting while driving bill,” Simpson told his colleagues.

Under both the House and Senate plans, police would be allowed to stop motorists for texting while driving.

Until Wednesday, however, the Senate’s bill was broader, prohibiting people not just from texting, but from reading or fiddling with their phones and other electronic devices while driving.

The two different plans were at loggerheads on Wednesday, and Gov. Ron DeSantis said he liked the House bill more.

On Thursday, the Senate moved closer to the House bill.

The new Senate bill now only prohibits handling a phone in school zones or in zones where construction workers are working.

It would also give motorists time to get used to the new law. From Oct. 1 to Dec. 31, police could pull motorists over for texting while driving, but could only issue a warning.

On Jan. 1, 2020, police could stop motorists for texting and start issuing tickets. The penalty would be three points on a motorist’s record, according to Simpson, and a $30 fine, plus any court costs.

But even then, there would be a way to get out of the points and any fees that would come with the ticket — if it’s the motorist’s first citation for texting while driving.

If the motorist went to the clerk of court with proof that they purchased a bluetooth hands-free device, they would be allowed to simply take a driver safety course.

“I think it’s taking an extraordinary step there to help people be safe,” Simpson said.

State Rep. Emily Slosberg, D-Boca Raton, one of the co-sponsor’s of the House bill, praised the Senate version and said she expects it to pass in the House.

“This is a monumental moment for our state,” she said. “This will have a major effect on stopping bad behavior.”

For her, the bill has been personal. Her twin sister was one of five teens killed in a car crash in 1996. Slosberg survived the accident, and for several years she’s tried to see the bill become law.

Last year, it passed in the House but was blocked in the Senate by Appropriations Committee Chairman Rob Bradley, R-Fleming Island, over concerns that it would allow police to view people’s cellphones and could lead to racial profiling.

After the Florida Legislature allowed police to stop motorists for driving without a seat belt, studies showed that police disproportionately stopped black drivers.

Both bills this year address those concerns. Police would be required to record the race and ethnicity of each driver they cite for texting while driving and report the results to the state.

And officers who want to search someone’s cell phone to see if they’ve been texting would be required to inform the driver that they have the right to refuse the search.

This year, the bill didn’t go through Bradley’s committee, and it made it to the Senate floor. It passed on a 33-5 vote, with Bradley and some black Democrats voting against it.

The bill will now be sent to the House, which is likely to take it up next week, in the final days of the legislative session.

Both bills would have to be identical before DeSantis can sign it into law.